Beginning on Tuesday morning last week, the pastor’s training camp in Guatemala began.  Our team had been invited by the moderator of the Presbyterian Church of Guatemala to come and share particularly on the person and work of the Holy Spirit. 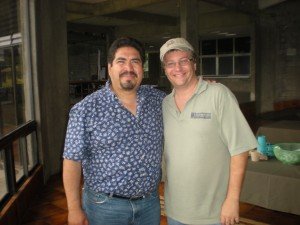 Pastors began to arrive and ultimately we gathered for lunch.  We shared the teaching time with another speaker, but various circumstances prevented us from actually networking with him.  Pastors, elders, and seminary students, along with some of the wives gathered at the camp. 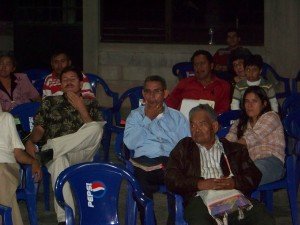 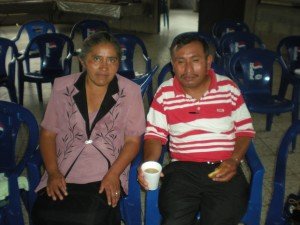 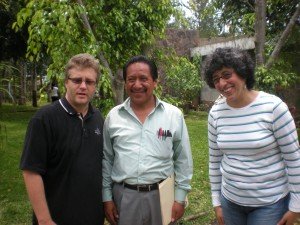 We met Ana (pictured in the blue blouse), who arrived just before our 4.00 session.  Chris began spoke on the topic of who is the Holy Spirit and the four works of the Spirit as a foundational review. 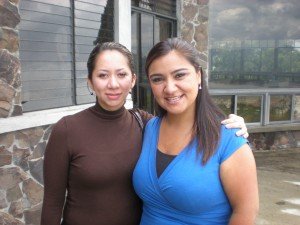 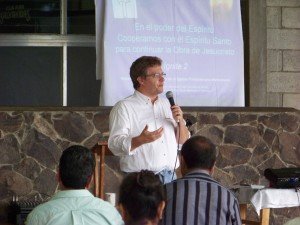 In response to prayer, we were led to specifically talk about how Presbyterian we were, (we couldn’t over emphasize this enough in this context)  so we included time about my ordination, and some of my journey to faith.

We talked about the extremes between ignoring the Holy Spirit, and overempahsizing the Spirit and it’s resultant emotionalism.

We concluded on time.  I had them break into 3s for prayer, to leave burdens home and then generally pray for openness to what God wanted to do.

During our team meeting that night (Ana had to go home), we discerned that we didn’t need to connect with the speaker, and we also discerned there was some defensiveness in the audience.  We knew that we’d not be on the same tract as the main speaker.

We prayed that God would give us wisdom to think on our feet, that minds would stay open, and we prayed through our teaching plan for the next day.

Sam led off with our foundational teaching on kairos moments – what are they and how do they work.  This moment of cooperation is foundational to understanding how to cooperate with the Holy Spirit and how to experience the working of the Spiritual Gifts.

This was good basic reformed theology, though we could tell that the idea of cooperating with God in working in the kingdom, in this way at least, still stirred up some defensiveness.  Do we have the privilege of cooperating with God?  Aren’t our works already an expression of what God is doing?  For some, this presented a challenge. 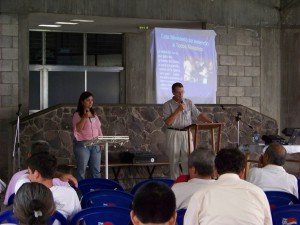 We took a break and then Chris moved into the function/vocational gifts.

Again, we stressed how Presbyterian we were and helped connect examples of how these gifts might often be used already by our audience.  Some were skeptical, but polite.

As a group, they didn’t talk much.  They weren’t responsive with Q&A or when we asked them questions.  We’re not sure how to read or interpret that.  Later we figured out that people would corner us 1-1 to ask their questions in private.  We saw a lot of spiritual thirst for this information.

The idea of cooperating with the Holy Spirit was a stretch for some of them, and there remained some confusion of the Spirit within/ upon distinction that is foundational to the entire Dunamis series.  The questions that were asked turned out to be along those lines. 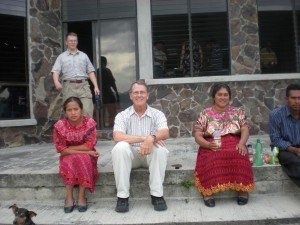 The other speaker used 30 minutes of our time, so we lost some time to teach.

Sam continued to talked about the manifestational gifts and being filled, then we moved into a time of prayer.  It appeared that those who were not open to the idea of the ongoing gifts left the room.  Those who couldn’t accept the reality of what we were teaching simply left and went outside.  That helped narrow down the group to those who were really hungering and thirsting for the work of the Spirit.

People were encouraged to break into groups, pray for each other, and then we broke up into two teams for people who wanted prayer for the filling of the Spirit.

Sam and I were a team, Ana and Ben served as a team.

For some, this was a powerful ministry time.

Unfortunately the prayer time was cut off with announcements and dinner break.  There was no time to debrief, and some who wanted prayer didn’t get it.

I wish I could share all that God did that afternoon, but those are just samples.  As people talked with us over the next 24 hours, this seemed to be a turning point for many.

Our ministry style is not noisy or flashy, nor full of excess emotionalism.

We were simply Presbyterian pastors who are willing to take the risk to cooperate with the Holy Spirit in kingdom work.  We tried to keep our teaching as “down to earth” as possible, as well as our personalities and behavior — being our selves — we were not some North American superstars with TV ministries that need money.

Over dinner, Ihad a brief talk with Yenner, about the spiritual history of the church and the presbytery.  The presbytery at one point had split because of the charismata, and churches were loosing converts to the pentecostal / neo-pentecostal groups.  Outsiders were labeling the Presbyterian Church “dead” because many are missing the “avivimiento” (maybe a liveliness or spirit-filled expressiveness).  New converts would leave after discovering that other churches had more passion in their worship services.

After dinner, Itook the last plenary session of Wednesday night.  The plenary of the day.  Physical exhaustion was clear.  People were tired of information. 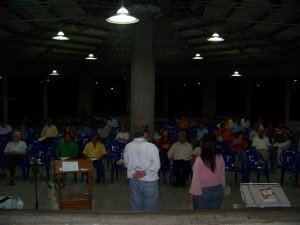 I used some of the time to clearly debrief, the experiences before dinner and walk through the 4 tests of discernment.  Felt led at the moment to describe how I became a Presbyterian pastor, and how I came under the authority of the word of God.

Walking throught the discernment tests with a lady who experienced a physical healing helped to show how we could follow the tests of discernment, and keep the prayer times non-emotional.

I’m not sure how well this last teaching connected with people, they were just soooo tired. It focused on How Does the Holy Spirit talk to us?  We looked at examples from Scriptures as we explored some of the HOW of our experiences with hearing God’s voice.

In the case with Sam and I, we dealt with two men for some inner healing and some deep issues of forgiveness.  Some good emotional healing.  I simply served as as translator.  Sam through me for a loop with some word choice, and I simply tried my best to explain it rather than translate it.

Ben and Ana did some prayer counseling for a young woman who received some emotional, but incomplete, healing.  The evidence was very clear the next day as we checked in with people.

We were scheduled to have about 1 hour of time, but the other expositor used not only his time, but all of ours .

So we didn’t have a chance to wrap anything up or debrief.

The camp schedule had some tourism time built into it before lunch, so we went to the shore of lake Amatitlan.  Unfortunately, the lake is polluted and nutrient imbalanced, so algae slime was really thick.  What was a pristine lake a few decades ago has now been ruined.  Efforts are underway to restore it, but it will take a few decades for sure.

We used the time to speak with a few of the conference participants about what the event meant for them.

One man in particiular gave us some of Guatemala history, particularly about it’s relationship with neighboring Belize, which he said a former president sold to the UK.  In ’74, Guatemala raised an army to invade Belize in an attempt to recapture it as Guatemalan territory, but a major earthquake destroyed Guatemala City and all efforts moved to relief rather than invasion. 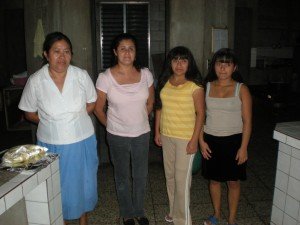 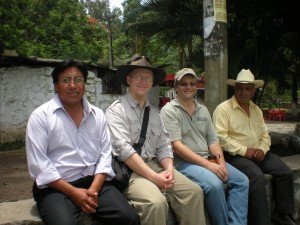 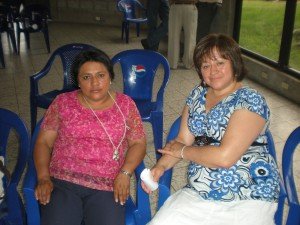 After lunch, we traded some goodbyes and had some processing time as a team.  Praying about next steps and what should follow.

Finally, we went home on Friday on safe and uneventful flights.

Some of my readers chose to support this work with their gifts.  Thank you for enabling me to get to Guatemala and participate in this work.  If you still wish to contribute to our work, click here to follow steps to donate online or via us Mail.