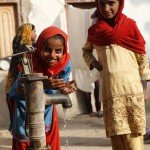 To read prior parts:

This started as part of a conversation over at Evangelism Action, but will take much more than just a comment to tease out.

Spiritual thirst is a way of describing a person’s own search for God.

What motivates a person to seek after God?

There is a “thirst” to propel him to find it. When he doesn’t find it, he keeps looking. When he finds it, he has that “Eureka” moment.

If you are noticing people, spiritual thirst can lead to moments of conversation in divine appointments.

While wandering around Athens (Acts 17), Paul gets a sense of the spiritual thirst of the Athenians. He even appreciates their thirst, in complementing them on the quest for God. He says “I see that you are very religious . . . I found an altar to an unknown God.”

He has picked up on their spiritual thirst – the desire to know God.

When Paul was in Athens, he must have said something that brought them to the point of asking “May we hear you more about this matter?” (v.19)

They were thirsty for more information, self-propelled to learn more. Paul saw they were thirsty (manifested in the all the statues, including an altar to an unknown God).

He started where they were.

The Spiritual Thirst of the Eunuch

The Ethiopian Eunuch was spiritually thirsty.

He had gone to Jerusalem for a worship event to connect with God, yet it wasn’t satisfying enough.

On the way home was reading Isaiah.

He’s spiritually thirsty, knowing that he hadn’t found it yet. By God’s sovereign grace (working both sides of the equation), Phillip was there to explain. The Ethiopian found it — wanted to be baptized. Phillips explanation slaked that spiritual thirst.

(Listen to an audio sermon download on Phillip and the Ethiopian)

Spiritual Thirst yearns for the Water of Life.

Spiritual thirst is the underlying motive that people have to seek after God, to start and continue their search for God.

It could be a stark realization that the person has made a giant mess of their life.

The gospel can speak to each one of these.

Let me ask you this?
What “spiritual thirst” have you encountered in the people that you talk with? 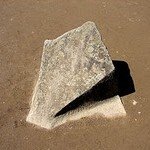 A few years ago, we had the privilege of backpacking in Peru, on the Inca Trail, to the old city of Machu Picchu.

Along the way, we got to learn a lot about the Inca culture that built the city, and some of its beautiful architecture, likely from the 15th century AD (1450s or so).

Like the apostle Paul in Athens, we got to spend the day wandering around the remains of the city.

Spiritual Thirst in the Culture

We learned about their spirituality as we wondered among their temple ruins.

History books and archaeologists fill in the story that these stones tell.

We were filled with awe at how their stones were laid together without mortar, and with gaps so small that a sliver of paper wouldn’t slide between.

We awed over how these buildings had withstood earthquakes because of the way they were engineered together.

We were amazed at how their spirituality and architecture intertwined with building placement and design.

Among the ruins, one particular stone caught my eye.

It has been named the Southern Cross stone.

It is a stone (pictured here) in the shape of the constellation in the southern hemisphere called the Southern Cross.

Etched into this stone is the cross itself (not visible in the picture).

The slope of the stone, and the direction of its apex points right to the red giant star that is in the Constellation.

Here in an ancient culture, a hundred years before the Spaniards came, is a foreshadowing of God’s witness in the cross.

Make of this what you will.

To me, it reflects some spiritual thirst they may have had and felt drawn to the cross.

Maybe they didn’t know what it meant, but it was a part of their spirituality. This stone sits near one corner of the principal temple at the site of Machu Picchu.

When Paul saw an “Altar to an Unknown God” in Athens, he used it as a bridge to explain the gospel.

He knew they were spiritually thirsty and weren’t quite satisfied. Perhaps these Incas were not quite satisfied with their spirituality either and wondered what the cross might have meant. It’s something already in the culture that we could use to help explain the gospel of God’s grace.

In our evangelism, we can use bridges to the culture that are already there.

There is a sense of spiritual thirst that every person has, but some realize it more than others. Our culture bears some witness to this thirst and to where satisfaction can be found.

What kinds of spiritual thirst have you seen or heard in people?

Next time you are in a conversation, listen for a spiritual thirst.