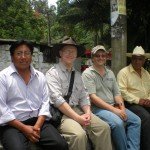 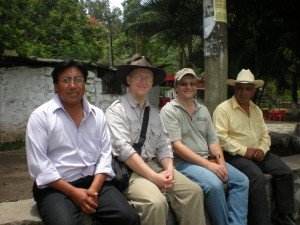 I’ve been doing a lot of meditating on the story of Ethiopian Eunuch, a man so spiritually thirsty that he is eager for a Christian to explain about Jesus and quick to want to follow.

Saturday, I met a man who comes to our little Spanish church (not one of the men in the picture).

He’s been coming for a few weeks and over dinner was the first chance we had to talk.

He’s been in the US for three years, with 2 kids back in his home country. He was abandoned as a child and survived alone on the streets.

He speaks very little English, and tells me that he doesn’t know how to read or write.

During the past three years, he’s been busy drowning his sorrows in the club scene. Dancing and drinking.

“But, pastor, I couldn’t silence the pain in my heart.”

One Sunday, a friend suggested he go to church and eventually he accepted the invitation to church. He’s been coming ever since. After a few weeks of coming to church, he invited Christ into his life.

He shared his story with us, talking about how he tried to dull the pain in his life, but when he experienced God in worship, he experienced a love that he had never felt before. It began to heal his pain and he knew that he needed Jesus.

God revealed His love to this man and drew him into a relationship with Jesus. We only got to harvest what God had already prepared in this man — making him so spiritually thirsty that the sought after God.

Another “lost coin” has been found!

Someone took a risk and invited him to church — it was one step that God used in the process of evangelism.

Let me ask you this:
Has God pointed out to you someone who is spiritually thirsty? Ask God to point someone out to you.