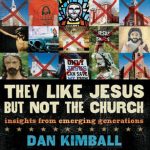 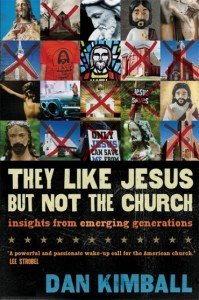 I recently picked up and reread my copy of They like Jesus, but not the Church by Dan Kimball, in reaction to a post I read this week at the Christian Manifesto.

Kimball gears his book at those who want to get out of the Christian subculture and actually engage people in spiritual conversation.

Most of Part I is how he came to that discovery in his own life as a pastor and church planter.

I found myself nodding in agreement way too many times, guilty as charged.

Most of us, including many of you who read this blog, would probably agree that

To me, this was one of the seminal books in my missional thinking. Many others have followed in its path, such as

I’m sure there are other books, but these three immediately come to mind in terms of reengaging the culture.

Part 1 of Dan Kimball’s book describes how the culture is changing, particularly in North America.

These are not statistical observations, but observation based on his real life conversations and interactions with the culture.

What he states may seem obvious now, as many others have followed in Kimball’s footsteps.  I need not spend a lot of time here.

He’s quite brutally honest about how the church has failed to stay connected with the culture.  The message may not have failed, but we are failing in our method.

Part 2 asks the question: What Emerging Generations Think about the Church.

This 6 chapter section reflects hundreds of personal conversations that Kimball has had, and many of the same things that Barna’s statistical research revealed in unChristian.

Anyone who is seeking to engage the current culture shapers should be aware of these items.  This part provides an excellent window into North American Culture.

A list of non-Christian perceptions of the church addressed in this book are as follows (taken directly from the table of contents):

Part 3 is on how the church can respond.

I like what he has done with the Bridge Illustration, by adding a 2nd chasm to cross – that second chasm is the Christian subculture that has so alienated seekers, that one needs to build bridges of connection there as part of the gospel explanation process.

Bridging that gap by being in the world but not of it, spending time in conversation with non-Christians are all part of that trust building process.

What can you do this week to have a spiritual conversation with someone outside of your church? 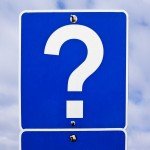 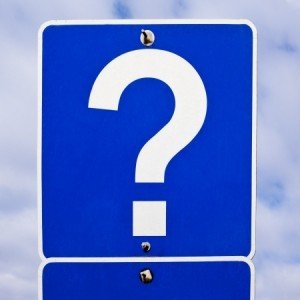 During January, I received a series of questions via Ask Evangelism Coach section.

I’ll take a few posts to answer them.  If you have a question to ask, please do so there, or on Twitter or Facebook.

The question for today:

Do you have a comment on the issue of becoming silent when one has an opening to share his/her faith?

Yesterday I went skiing and the girl with whom I took the lift used the word “Jesus” when she saw a friend down below.

I froze and didn’t say anything, but later reflected on the various responses I could have given that may have led to some significant conversation…

Why does this happen?  I have prayed for boldness a lot – why do I clam up?

Well, I just stayed there and didn’t say anything and thought later how sad I was that I didn’t talk about Jesus with her.

While I can’t answer the particular question about why you go silent, I can offer a summary of common evangelism fears that paralyze us.

Here is a list that I have compiled over the years of teaching workshops and seminars and the most common responses that I get to the question “Why are you afraid of evangelism?”

In the original question, I want to highlight a useful step being made:

This is a good practice to do, and one that I do after nearly every possible conversation.

Learn from every possible conversation.

Instead of analyzing the fear, think forward: what would you do differently next time?

While not evangelism, here is a life example where reflection, rumination and training paid off.

We live in a high rise apartment building.  My youngest cannot reach the buttons for our floor.

What would happen if we were getting in the elevator, but the door closed with my youngest in the elevator without an adult and it started moving to another floor?

We talked with my youngest about what to do.  Every few weeks we ask: what would you do if that happened?  Would you need to be afraid?

She is now able to give an answer without thinking about it.   No fear.  Go to the lobby and wait.

Believe it or not, about two weeks ago, it happened that the elevator doors closed and it moved to another floor before I could get on.  My youngest calmly followed the directions of her training.

There was no fear, no paralysis, no panicked child in the elevator alone.

Reflect on the last possible evangelism conversation that you had where fear paralyzed you.