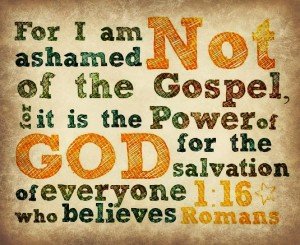 “I am not ashamed of the gospel, for it is the power of God for those who believe.”

A question that I occasionally ask myself:

Does the gospel embarrass me?

Our culture loves ambiguity and relativity:

The gospel calls us to make claims of truth — assertions that are undeniable.

To state that “Jesus is THE way” is a truth claim.

Though I fully believe it, sometimes my silence may lend agreement to something else.

We can sometimes fear to assert and instead, shut down and say nothing.

Perhaps you can think of other ways that being “ashamed of the gospel” comes into reality in your life.

If so, feel free to share it with me.

Let me ask you this?
Can you think of a time where you were “ashamed of the gospel?” Feel free to share in the comments if you wish.

Cornelius was a centurion (soldier) for Rome.  Luke tells us the story of Cornelius and how the gospel was shared with him.

The town was Caesarea.

“He and his family were devout and God-fearing; he gave generously to those in need and prayed to God regularly.”

He was a religious man, doing spiritual practices, and the term “God-fearer” indicates that he was a Gentile who had converted to Judaism.

He found himself in a deep religious tradition, practicing its ways.

Peter explains some of the historical events that happened (37-41) and how he was given the message to “testify that Christ is the one whom God has appointed judge of the living and the dead . . . [those] who believe in him receive forgiveness of sins through his name.”

The Holy Spirit falls on all who heard the message and people take baptism (v.48) God had given them repentance unto life (11:17)

Cornelius was a spiritual man, one who was very religious.

He was seeking after God and doing spiritual practices.

Cornelius meets this man who comes to his house, who then begins to explain three things.

In Roman culture, there was a big concern about the afterlife – what would happen when you died.

What did you have to pay for the things done in this life?

How Peter shared the gospel

Peter adapted the gospel to address an underlying concern or spiritual thirst that Cornelius likely had.

Peter didn’t explain sin nor use Old Testament law, but approached sin in a different way.

The conversion of Cornelius

The text doesn’t say anything about Cornelius’s individual response.

He is lumped in with “all who heard the message.”

He responded and received the Holy Spirit and likely took baptism with those who were baptized. We can presume that he believed and responded to the message.

Do people in our culture today think about what happens after they die?

Questions of life after death come to the surface when people begin to reflect how life is so fragile: the accidental death of a loved one, the violent end of a homicide, or mass murder like the Virigina Tech tragedy.

It may not be on the same surface as Cornelius, but a question deep in the heart nonetheless.

Ecclesiastes writes that God has set eternity in the hearts of men, yet they cannot understand it.

“What will you pay for?”

On a plane ride from Chicago to Richmond, my elderly seat mate chatted at me nearly the entire way.

Just after the captain made his pre-landing announcements, she lamented to me over the awful choices she sees her granddaughter making.

Thinking of her granddaughter’s eternity, she sighs,

“I guess we will all have to pay for our actions someday.”

I asked her “What will you have to pay for some day?”

The conversation came to an end at that moment, as the attendants began their pre-landing instructions about seat backs, table trays, collecting debris, and repacking personal belongings.

In the hustle and rustle of the cabin preparations, there was no opportunity to finish.

Do you encounter people who think about having to pay for their actions after they die?

Ask the Lord to open a conversation with someone about these thoughts and feel free to share them here.

For more in the series on Conversion in the NT 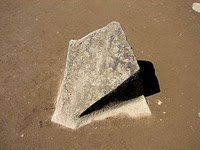 A few years ago, we had the privilege of backpacking in Peru, on the Inca Trail, to the old city of Machu Picchu.

Along the way, we got to learn a lot about the Inca culture that built the city, and some of its beautiful architecture, likely from the 15th century AD (1450s or so).

END_OF_DOCUMENT_TOKEN_TO_BE_REPLACED 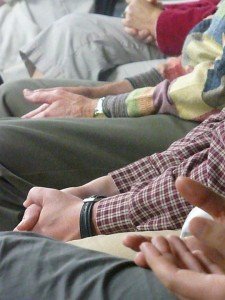 One of the 7 basic habits of personal evangelism can help you identify that a divine appointment is about to happen.

The habit? Look for spiritual thirst.

END_OF_DOCUMENT_TOKEN_TO_BE_REPLACED 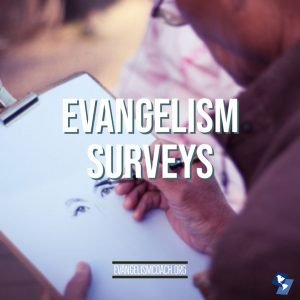 Some of you have likely used evangelism surveys.

They are often positioned a evangelistic conversation starters or a good witnessing tool for your door to door campaigns or marketplace evangelism like a table at a state fair or flea market.