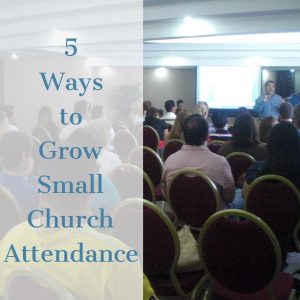 A regular question I get is “How do you grow a small church?”  “How do I grow small church numbers?”

In our current life situation, we are planting a church in the city in which we live.

We are currently a small church, made up primarily of immigrants from other countries.

Here are 5 steps we are implementing to grow that total number to 70. END_OF_DOCUMENT_TOKEN_TO_BE_REPLACED 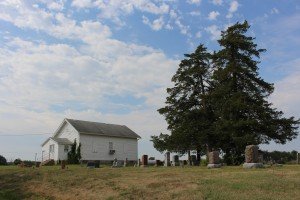 The first edition of Turnaround and Beyond: A Hopeful Future for the Small Membership Church was released in 1995 and was re-released and updated in December 2008.

In the study Ron sought to explore strategies that enabled struggling and often run down small churches to experience lasting turnaround.

“Turnaround” has gone by various terms in the past

In the 1980s, church growth studies assumed or believed that sustained growth would last about 25 to 30 years and then plateau and decline unless a new cycle of church growth began with intention to reach new people.

Due to rapid acceleration of society and the new challenges of financial survival, that cycle has shortened considerably.  Some think 10 years, others think 3-5 years.  In either case, there are plenty of smaller churches that need to experience a fresh cycle of growth.

This chart of a church life cycle may be familiar to you:

Churches have a typical pattern of church growth and church decline that progresses one stage at a time.  The study goes on to show how movement between stages are marked by cycles of rising to the new challenges in front and dying to the old ways.  Even in the decline side of the picture, the new challenges rising up are perceived as insurmountable and the risk taking liberties once valued in the past are dying off as risk is managed and even over controlled.

The question that Ron Crandall seeks to answer in his book is how do churches that are on the decline side jump start a new cycle that help a small church arrest it’s decline and experience a new wave of transformation that “resets the clock” and starts a new wave of church growth.

Gary Rohyramyer asks his readers: Do you have an Evangelism Plan for 2008?

His specific action steps in his plan:

If you need some help developing a plan, consider a mentoring or coaching program.  See the Evangelism Mentoring page to explore our services.

I like Gary’s idea of an evangelism Journal.  I keep a file on my computer that captures thoughts, quotes, and stuff like that.  I need to find some additional form of capture when I don’t have my laptop with me, or when I’m traveling to and from Evangelism seminars.

Each week, I send out new articles to help you grow your church through personal evangelism, invitations, improving your greeter ministry, and refreshing your vision for church hospitality.  You’ll usually find a gem that you can use each week or at least every other week.  Join our community and share your thoughts.