Below is a guest article from my friend Mike Neeley, a minister with Tierra Nueva Ministries, an ecumenical ministry located in Burlington, WA, serving migrant farmworkers and inmates at Skagit County Jail.

Tierra Nueva is dedicated to proclaiming the Good News of God’s reign (on earth as it is in heaven) in solidarity with the poor for our mutual liberation, healing, empowerment, transformation, and total salvation.

I’ve known Mike for years and glad to share these thoughts from him.

You’ve heard this story or read it so many times that you may have just skimmed it on this page.

Maybe you skipped down to see if there was anything new to read about. I was even tempted to summarize it rather than give you the whole thing.

We “know” the story. It is a good story but it is too familiar. We are pretty sure we know what is going on and what it all means.

I am realizing how much I have romanticized this story and have only recently gotten in touch with the scandal of it all, primarily because this is the life of many of the people with whom we work and do life. 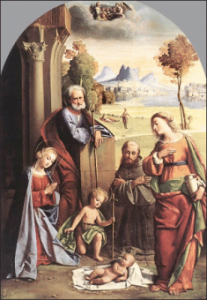 Consider the precarious situation Jesus was born into:

Mary is an unwed (though engaged), pregnant teenager.

Joseph finds out his “wife to be” is pregnant with someone else’s baby. How would you respond in his place?

Deuteronomy 22:23-24 gives him the right to have her put to death but he is thinking of just sending her to another  town so that his reputation won’t be blackened.

They have to travel across country because of a government mandate.

They arrive in a town they do not know and, being without a home, are forced to stay in an animal stall – Jesus being born in an abandoned van or on the street.

The angels of God reveal the good news to a group of shepherds (the lowest rung of the working social ladder) – migrant workers in the fields at night.

God intervenes at every point with angelic direction, but it is still up to human beings to follow.

There is potential disaster at every turn; so many things that could have gone wrong.

The entrance of Jesus into our world is supremely vulnerable. Only at a few points is the revelation of Jesus made to those in power.

One group of “powerful” ones are the Magi who aren’t “believers”, but rather pagan astrologers. And when they make it known to other powerful people, these are afraid and seek Jesus’ death.  It is to people outside and under the “system” that God reveals Himself here.

Why would God choose such a way to come into the world?

What is He revealing about Himself and His heart?

Related posts:
Use Facebook Events for Increase Invitations for Christmas
3 Keys to Church Growth -- Case Study
How to Mess Up a Christmas Party with Evangelism
5 Ways to Bless Your Missionaries for Christmas
Halloween Outreach to Connect with Your Community
Originally Posted: December 23, 2010 Category: Holidays, Missions
Previous Post:Book Review: I Once was Lost
Next Post:Christmas Eve Church Hospitality Failure: A True Story