Send her away – we don’t want her here 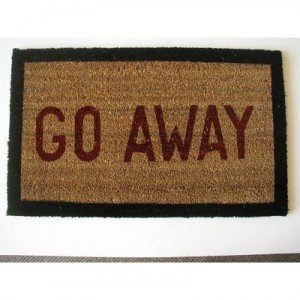 A pastor friend of mine was released from his leadership as pastor.

The conflict was just too great.

The reason for the conflict

The pastor was bringing too many new people into the church.

The church people couldn’t handle it.

All these new people had problems.

So instead of rejoicing at the personal salvation of people who need Jesus, they got annoyed at the changes happening in their church.

The youth group was changing with yet unreached kids, perceived as a bad influence.

It was “those people”

So they fired their pastor.  Dismissed him from that position.  Sent him packing.

Maybe I’ll misuse a text here, but it’s a stirring thought from my devotions this morning:

So his followers came to Jesus and begged him, “Tell the woman to go away. She is following us and shouting.” – Matthew 15:23

The Canaanite woman had come to Jesus for some help.

Her persistence and presence was too much for the disciples.

To them, this unbelieving woman was messing up their time alone with Jesus.

Sometimes, I wonder if church members treat visitors this way:

Sometimes, I wonder if I become guilty of the same attitude.

I think my friend’s church stepped into this attitude.  While I can’t read their mind, nor do I know the whole story, I can speculate.

They wanted to preserve what they had.

They wanted to keep limits on the grace of God.

They wanted their own way not to be messed up by someone who had a giant need.

They wanted to protect the slow growth with people they wanted, rather than needier people who didn’t fit their way.

The more I reflect on this, I pray that I would never have the same attitude towards any visitor who comes to my church.

May I welcome the people the Lord welcomes into His midst.

Book Review: Making Friends for Christ
Next Post: What is relational evangelism?