4 Keys to Keep More of Your Church Visitors 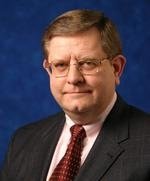 Today’s guest article comes via George Bullard’s website at Bullard Journal.  Below are excerpts from the article called “Why do People Leave Churches.”

George Bullard of The Columbia Partnership, a Columbia, S.C.-based organization that helps churches pursue and sustain vital ministry, said churches face an “assimilation challenge” in the first year after new people begin attending to influence whether they become part of a community or slip through the back door.

Towards the end of article, George gives churches 4 Steps to Keeping your visitors:

Read on to see how George fills out these four steps, in a discussion with Thom Ranier and Brad Waggoner of Lifeway Research, as well as Mike James, discipleship and assimilation coordinator for the Kentucky Baptist Convention. 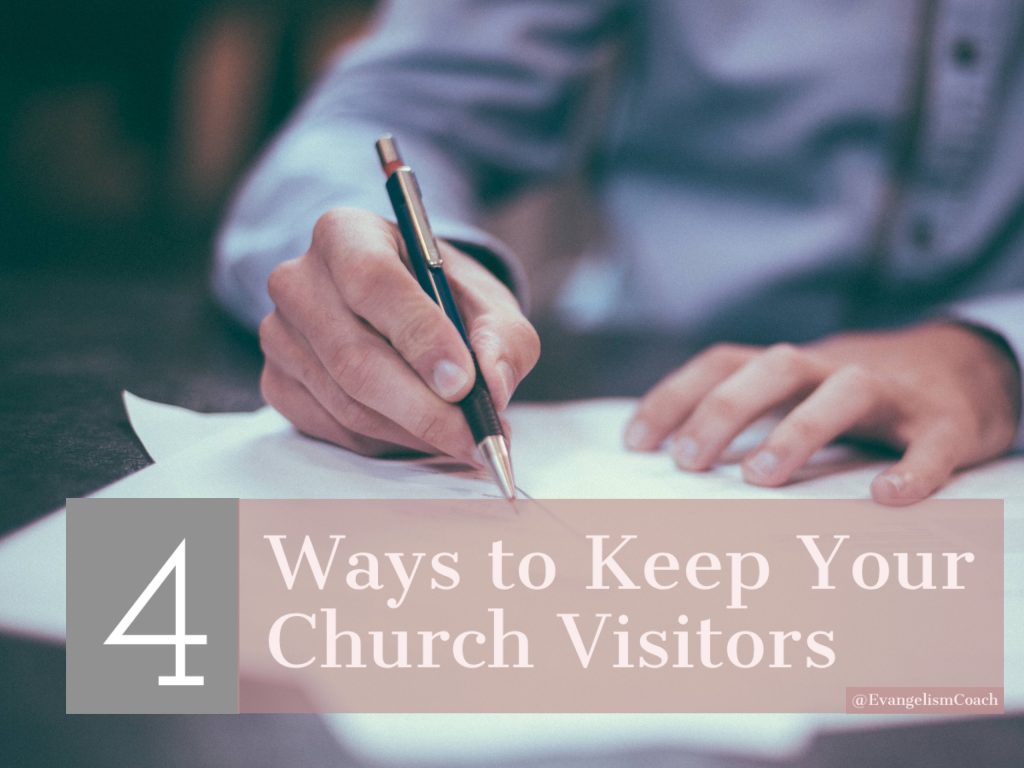 Four things need to happen within the first year for people to assimilate into a new church, Bullard said.

First, he said, they must have established a pattern of regular attendance. By today’s standards, “in a culture that no longer sits around on Sundays,” Bullard said, regular attendance is between 39 and 42 Sundays a year.

Research indicates the American church went through a period of more than 10 years when churches significantly lowered their expectations of members and attendees, Rainer said. The result was an exodus of people from the church.
“Why would I want to be a part of something that expects nothing of me?” Rainer quoted a former active church member talking to the research team. Many churches now are attempting to remedy the problem with new-member classes, where expectations of service, stewardship and attendance are clearly established.

Common names for such classes are “Connections,” “Membership 101” or “Discovery,” James noted.

“Give it any name you desire, but by all means start one,” he said.

Second, Bullard said, they must have connected with some kind of teaching/learning experience such as a small group or Sunday school class.

“Churches that close the back door seek to get as many of their members as possible into small groups,” Waggoner said. “In some churches, these groups meet in homes. In other churches, the small group is a Sunday school class that meets at the church. The key issue, according to our research, is that the small group is an open group, meaning it has no predetermined termination date, and anyone can enter the group at any point.”

Third, Bullard said, they need to have developed friends “they call at 3 a.m.,” a reference to Hillary Clinton’s presidential campaign national-security ad featuring a ringing phone in the White House at 3 a.m. and posing a question to voters about who they want answering the phone.

Win Arn, a pioneer in church growth, showed years ago that if somebody can make five friends at a church, they are much less likely to drop out, Waggoner noted. “We need to create opportunities for people to build friendships and to get to know folks,” Waggoner said. “Just sitting in the pew is never God’s intention for any Christian.”

The more new members connect with longer-term members, the greater the opportunity for assimilation, Rainer said. One twist the research found, he said, is that most such relationships develop before the new member ever comes to church. In other words, members first developed relationships with people outside the walls of the church and then invited them after the relationship was established.

Finally, Bullard said, they need to get “some kind of job,” whether elected, appointed or as an ongoing volunteer.

The earlier a new member or attendee can get involved in a church’s ministries, the higher the likelihood of effective assimilation, Waggoner said. “Churches that close the back door have a clear plan to get people involved and doing ministry as quickly as possible.”

“If people don’t do those four things, at the end of their first year, they are going to re-evaluate whether they want to stay in this church,” Bullard said.

While not a primary motivation for assimilating new people, Bullard added, an “unintended consequence” is that people who buy into the church with their time give five times more money than those who do not invest their time and energy.

How to talk about spiritual things with a friend
Next Post:Keys to Reaching Men for Christ – Podcast