Does that make me a Christian? 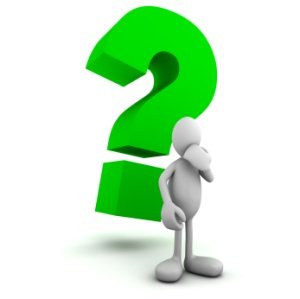 She’s providing English tutoring a woman from an Asian Country.

This woman is married to a diplomat who works for their nation’s embassy.

This woman comes from a Buddist background, but doesn’t practice any of her religion of her youth.

While tutoring, the conversation turns to occupation.  What do we do for a living?

The conversation naturally drifts towards comparing religions and worldviews.

The question that drew our attention is when this woman makes the comment:

The inquisitive nature of the question was a wide open door to talk about how does one become a Christian.

My wife was able to start the conversation on this topic, but the appointed hour had finished and her student had to leave to make another appointment.

Due to the circumstances, my wife didn’t get to finish a full gospel explanation, nor continue the conversation at a later time.  The embassy returned this family to their country of origin.

We have to leave this up to the sovereignty of God that other Christian believers will cross her path and continue the conversation from where we had to leave it.

Cooperating with the Holy Spirit.

This was a conversation where the Holy Spirit had been preparing the way.  Elements in this woman’s life had lined up to meet with my wife and get some clarity on the meaning of being a follower of Christ.

The conversation was natural, during the ordinary course of life.  It wasn’t scripted, nor manipulated, but a evangelism conversation as natural as breathing.

We believe that the Holy Spirit had prepared the way, and this conversation with my wife was yet another piece in the big picture that God is painting in the life of the embassy wife.

While a sense of urgency was felt to share the good news of Jesus and what it means to be a Christian, my wife also felt like the embassy official’s wife was not fully ready to make a decision.  There was missing a lack of the Spirit’s convicting of sin.  To force the matter would have been inappropriate.

To not engage in the conversation about “does that make me a christian?” would have also been inappropriate.

The Lord had orchestrated that my wife and the embassy official’s wife got to speak of this issue and for my wife to bring clarity to the official’s wife thinking process.

My wife was but one link in the chain that God is building to draw this woman to Jesus.

Think about the last evangelistic conversation you had.

What would you do differently if you could do it over again?

Only Two Things Grow a Church
Next Post:10 Questions to Debrief an Evangelism Conversation