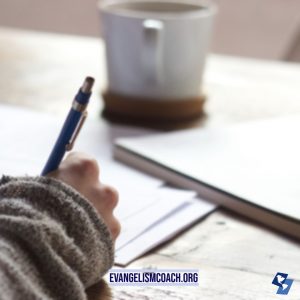 The gospel should be offensive, not your church members or a lackadaisical hospitality ministry.

Your hospitality ministry in the church is one of the most important factors in the experience of first time visitors that will influence their personal decision to come back to your church.

END_OF_DOCUMENT_TOKEN_TO_BE_REPLACED

Our family is visiting a growing church.

Since our first time visit in June of 2016, we keep coming back.  This gives me the opportunity to watch and look for transferrable reasons for its growth.

There is no single cause to the growth of this fellowship that started in a living room in 1984.

But like fertile garden soil, nurtured by rain, this church has conditions that produce a harvest of new believers.

END_OF_DOCUMENT_TOKEN_TO_BE_REPLACED

One question that has come to me is

What can a new church plant do to increase it’s membership?

For the last 15 years, I’ve been involved in planting two churches.

Both churches were designed for immigrants.

One of our core values was to “gather the nations to worship Christ.”

We felt that our church planting call was to reach out to different nationalities and grow a multi-cultural congregation of new believers. END_OF_DOCUMENT_TOKEN_TO_BE_REPLACED 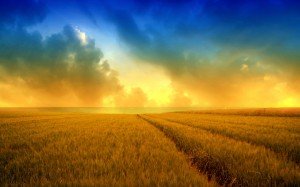 The fall ministry season is approaching in the US.

Perhaps it’s time to review the materials in your church welcome folder.

If you do not have a visitor packet ready, you are missing out a great opportunity to help newcomers find their way into your church family.

You can check out this list of 15 things to put in your folder, as well as some more ideas for visitor welcome packets.

I think a folder like this or little marketing gifts is a bribe we are offering for people to come back.  I feel like we don’t need to bribe people. Why do we feel the need to resort to the world’s tactics to bribe and entice people to embrace God?

1.  Visitor Welcome Packets are not Bribes

They are a communication piece.

Your visitor folder shares information about your church, and perhaps includes a small token of appreciation for making the effort to come and visit.

If I visit a church, I’d like to know more information about it. I will not learn everything in my first visit.

This packet allows the church to communicate aspects of its program, how you can grow closer to Christ, how you can serve Jesus with us in the community, etc. . .

2.  Welcome Folders a Useful Tool for your Visitor.

Just because similar ideas are used in business seminars does not mean we must dismiss it as a worldly tactic.

Speakers speak at business seminars too, so I’m not dismissing my preacher as a worldly tactic.

Rather, these folders become a useful tool for communicating important information about your church to people who are considering  their involvement in the life of your church.

Think about your first time visitor for a moment:

Your welcome packet has the potential to answer those questions and in a way that a single Sunday morning service cannot.

These are packets that can be taken home and reviewed in the quietness of a morning, or in a family discussion over lunch.

The Purpose of the Visitor Packet

The primary purpose of the church welcome folder is to communicate information about your church to the first time visitor.

This visitor may have never attended church before.

Your visitor may have been shopping for churches for the last 5 weeks prior to coming to yours.

It is simply a tool to help them in their decision making process, with the caveat that the Spirit of God can work in a person’s life no matter what you put in your visitor folder.

What about church visitor folders?  Are they a useful tool?

Did you receive one that was helpful to you?  What made it helpful? 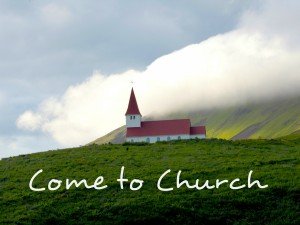 Should we invite non-believers to our church services?

As I have looked at the gatherings of the disciples so far, what is clear so far there is no pattern of inclusion or exclusion, or if it is even possible to make a conclusion.

They are gatherings where the word of God is proclaimed, gifts of the Spirit are manifested, and elders are set apart with fasting and prayer.  The only hints of locations are a few references to the synagogue.

In today’s section, I’ll continue in Acts as I watch the church develop in various cities as the gospel goes forth.

It was about this time that King Herod arrested some who belonged to the church, intending to persecute them . . . . So Peter was kept in prison, but the church was earnestly praying to God for him. . . . . he went to the house of Mary the mother of John, also called Mark,where many people had gathered and were praying.

Luke uses the word church to identify the disciples, not to speak of a specific gathering for worship.  The use in verse 5 may refer to a specific meeting in the house of Mary that is described in verse 12.

It is likely that this gathering for a prayer meeting was made up only of known disciples, but that is a a likely inference rather than a clear statement.

It doesn’t address the question about inviting the unsaved to our church meetings to hear the proclamation of the word of God.

Now in the church at Antioch there were prophets and teachers: Barnabas, Simeon called Niger, Lucius of Cyrene, Manaen (who had been brought up with Herod the tetrarch) and Saul.  While they were worshiping the Lord and fasting, the Holy Spirit said, “Set apart for me Barnabas and Saul for the work to which I have called them.”  So after they had fasted and prayed, they placed their hands on them and sent them off.

Luke’s use of the word church refers to disciples in Antioch.  Was it the one church meeting (specific event), or a general description of the church as disciples with various meetings in various parts of the city?  Verse 2 moves us to a specific meeting for the setting apart of Barnabas and Paul.

This passage shows only believers (prophets and teachers) by name.

But this verse doesn’t address the question – are unbelievers present or excluded?  It’s not Luke’s point.

As Paul and Barnabas were leaving the synagogue, the people invited them to speak further about these things on the next Sabbath.   When the congregation was dismissed, many of the Jews and devout converts to Judaism followed Paul and Barnabas, who talked with them and urged them to continue in the grace of God.   On the next Sabbath almost the whole city gathered to hear the word of the Lord. . . .  When the Gentiles heard this, they were glad and honored the word of the Lord; and all who were appointed for eternal life believed. . . The word of the Lord spread through the whole region.

Paul had been teaching in the synagogue in Psidian Antioch.  He preached a simple message and people believed.  He was invited to return and it is said almost the whole city gathered to hear the word of the Lord.

I think it is very likely that unbelievers and believers were in this mix.  They had come to hear the word of God.  Some believed after hearing.

What is clear is that this is a gathering of people.  If one holds that unbelievers are not to be invited to church, then this meeting must not be church.

No specific gathering is mentioned, other than Paul teaching in the synagogue.  A great number of Jews and Greeks believed.  Verse 3 adds:

So Paul and Barnabas spent considerable time there, speaking boldly for the Lord, who confirmed the message of his grace by enabling them to perform signs and wonders.

There is no mention of a place where this occurs other than the synagogue.

I would imagine that the believers and non-believers continued to mix at gatherings to hear the word of God taught during that considerable time there.  Luke doesn’t record any kind of division or separation into “believer only group” and mixed group.

They preached the gospel in that city and won a large number of disciples. Then they returned to Lystra, Iconium and Antioch, strengthening the disciples and encouraging them to remain true to the faith. “We must go through many hardships to enter the kingdom of God,” they said.   Paul and Barnabas appointed elders for them in each church and, with prayer and fasting, committed them to the Lord, in whom they had put their trust.  After going through Pisidia, they came into Pamphylia, and when they had preached the word in Perga, they went down to Attalia.  From Attalia they sailed back to Antioch, where they had been committed to the grace of God for the work they had now completed.  On arriving there, they gathered the church together and reported all that God had done through them and how he had opened a door of faith to the Gentiles. And they stayed there a long time with the disciples.

Luke gives generalized statements about people coming to faith in various cities, the appointment of elders, prayer and fasting.

There are no details here to suggest a “believers only” worship gathering, except maybe in the final sentence.

“they gathered the church together and reported all that God had done through them and how he had opened a door of faith to the Gentiles.”

Do you want ongoing studies delivered to your inbox?

Each week, I send out new articles to help you grow your church through personal evangelism, invitations, improving your greeter ministry, and refreshing your vision for church hospitality.  Check out 7 reasons to Sign up here.

Recently, I was asked via Ask EvangelismCoach about ways to increase the number of invitations to church that members give to their network of friends.

Today, I want to add number 5.

Do your church members believe that their friends will be welcomed well by other people in your church?

Does the general atmosphere of your church provide a safe welcome for your members willing to risk giving an invitation to church?

What does it take to give a good welcome in your church?

You do not want your friend to feel out of place or over looked.

Serve your church visitors and guests with honor

Your hospitality system plays a role in shaping a visitors decision to return and get involved.

Greet visitors when they come, visit with them after the service, and most of all, remove the unnecessary barriers that keep visitors from making that second visit.

Just last week, we invited a family in our neighborhood to join us for church.   They came and had such a good experience they have promised to come again this week.

Hospitality and welcome plays a role in this.

We also look for opportunities to pray with our guests before they leave.  This often opens the door for God to work and for our guests to notice that God is concerned about them as well.

Is it a risk to invite your friend to your church?

In some cases, church members feel like it is a risk to invite their friends to church.

Maybe it’s time to review your welcome process to help minimize the sense of risk your church members might feel in inviting their friends to church.

A point to remember

Inviting people to church is not the end-all of personal evangelism.

An invitation to church is but one step in the entire process of evangelism.

Your friend might start coming to church and gradually hear the gospel’s relevancy to life.

But an invitation to church is no substitute for personal evangelism – the personal sharing of your faith and what God has done for you in Christ.