You shall be my lawyers

My college campus was once visited by a travelling evangelist.

He fit all the negative stereotypes.

He was a screamer, a condemner, and everyone but him was in the wrong.

He called the girls names like harlots and whores.

He called the boys names like reprobate and so on. 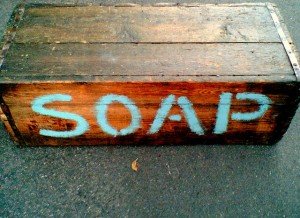 Even the Christians on campus were embarrassed by his presence and negative attitudes.

I remember he yanked my own chain.  I got angry at him for being judged.

I felt the need to defend Jesus against this type of presentation.

But I’m not called to defend the Lord

But you will receive power when the Holy Spirit comes on you; and you will be my witnesses in Jerusalem, and in all Judea and Samaria, and to the ends of the earth. – Acts 1:8

The Lord says I will be his witness, not his

A witness tells what he or she personally has seen or heard.

My job is to talk about the good things the Lord has done for me, how I’ve experienced the riches of his grace, and how I’ve got eternal life.

I don’t need to defend God.  I’m not His lawyer.  He can defend himself, as He’s been doing for centuries.

I don’t need to sell Jesus to anyone either.  Some models of evangelism feel like product sales.

I don’t need to bribe others to accept Jesus, as in, “Give your life to Jesus and he’ll take your problems away”.

I’m simply called to be a witness.

That day on the college campus, I tried to defend Jesus.  It didn’t work out for me.  I got emotionally angry at the fella and the way he was portraying Jesus.

Let me just be a witness.

Does your non-Christian friend know you are a Christian?
Next Post:Church Bathrooms That Would Make Your Mother Proud