The Pharisees and Sadducees came to Jesus and tested him by asking him to show them a sign from heaven. 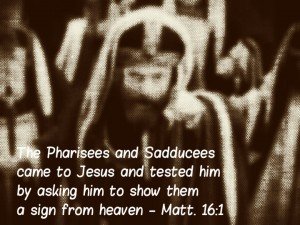 Mortal enemies who would argue with each other overcame their differences to seek Jesus.

They came to test him, to find something they could use against him.

However, their approach was not like someone who is propelled by true spiritual thirst.  Instead it was pretty hostile.

This is one of three reactions to spiritual thirst. 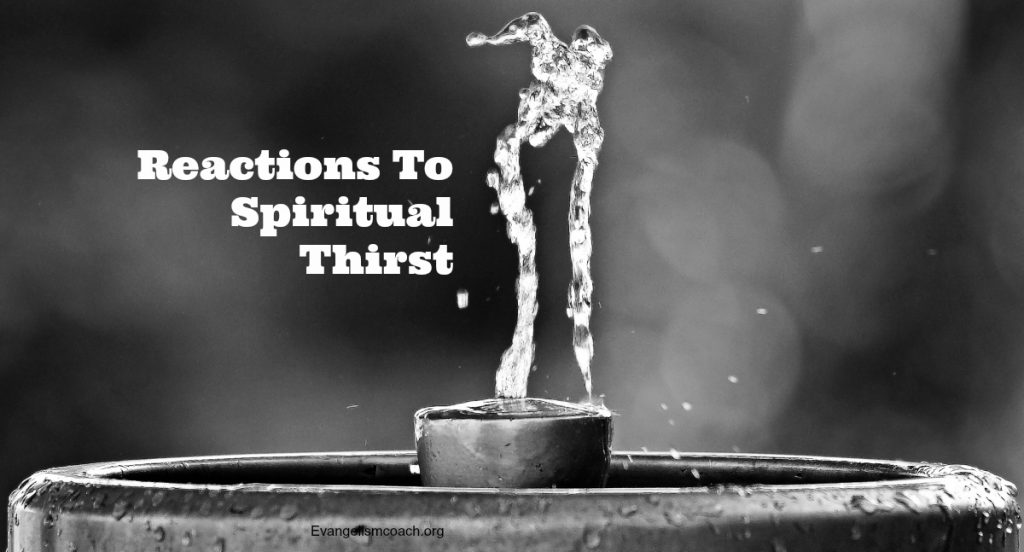 The Pharisees and Sadducees were different than me.

They were opposed to Jesus.  They couldn’t see the signs he performed:

They wanted a different sign from heaven.  They were blind to the ones in front of them. They were spiritually blind.

Are there people around me for whom I’m praying that are hostile to Christ?  I can think of a few names.

I was not hostile to Jesus, just indifferent

Before I met Jesus personally, I didn’t know much about Him.

I was not hostile to Him.

I was not opposed to him.

I was pretty indifferent.

I knew only that he was born every December 25, and died sometime in March, April, or May of the following year.

That’s because our family only attended church on Christmas Eve and Easter with the occasional extra Sunday every few years.

I tried to put the facts together every now and then, but the reality is, I had no clue.

I was not hostile to faith.

I was just indifferent.

That was my level of spiritual thirst.

Jesus allowed even the hostile to come to him

This is grace and mercy in action.

Jesus allows these opponents to seek His presence anyway.  He hears their petition.  He didn’t drive them away.

But knowing their hearts and knowing what was best for them, he flat out gave them a “no.”

He knew they were spiritually blind, that they wouldn’t listen.

In his omniscience, he answers, but answers with a “No.”

Jesus plainly taught that if anyone wants a relationship with God, it can be obtained.

This claim to a relationship is specifically addressed only to those who are spiritually thirsty.

That thirst is the starting point of a person’s quest to seek God.

That thirst is the restlessness of the human heart that drives one to Jesus.

The best starting place for identifying spiritual thirst is to reflect on your own.

You can also look for biblical examples.

Related posts:
30 days of Prayer: Day 7 The Process of Evangelism
5 ways to tell your stories of God's activity
Do I Need to Know My Spiritual Gifts before I do Evangelism?
My First Evangelism Encounter
Spiritual Thirst: I can't silence the pain
Originally Posted: May 21, 2013 Category: Personal EvangelismTag: conversation skills, spiritual thirst
Previous Post:

How I do Personal Evangelism
Next Post:Church Greeter Training Collection on DVD