Jesus said to the Samaritan woman:

Jesus answered her, “If you knew the gift of God and who it is that asks you for a drink, you would have asked him and he would have given you living water.” (John 4:10, NIV) 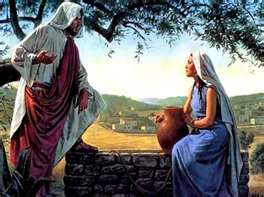 Jesus has a remarkable insight.

He knew the true spiritual thirst of this Samaritan woman.

As Jesus passed through Samaria, even the heat of the day got Him exhausted (John 4:6).

Trying to hide in broad daylight

Historical scholars tell us that the hour this woman chooses to go to the well alone to draw water (about noon) is odd.

They speculate that she wants to avoid being seen by other people who normally go in the cool mornings or late afternoons to draw water, because of the shame of her reputation.

She wants to hide in broad daylight.  She is a woman who’d had five husbands, and now has a lover at home.

The Spiritual Thirst of the Samaritan Woman

In my ministry, I regularly encounter people with various levels of sexual brokenness and shame.

I know of one, currently on her 4th husband as well, trying to raise two daughters from husband number 1.  Their brokenness affects generations.

I talk with men and women who deal with the shame of sexual flings with members of the opposite sex or same sex.

From these conversations, I can only imagine the sense of brokenness the Samaritan woman carried, all wrapped around her sexual history.

While it may be true that she could have been perfectly fine with all the men she had been with, even boasting about it to her peers, her behavior suggests some true inner brokenness.  Any bravado she may have had in front of her friends melted away when she was alone.

Perhaps she simply gave up defending herself, choosing to boldly live with another lover, moving in with him before marriage.

Divorced four times suggests that she carries the label “damaged goods, thrown out, rejected” by many.

Maybe those labels screamed at her own mind.

Her spiritual thirst may have had many layers, but the part of it that Jesus went after was her sexual brokenness.

But he knew the woman’s true spiritual thirst, and spoke right to it.  Sexual brokenness led to a discussion of who is truly worthy of worship.

While Jesus could have followed any of the theological rabbit trails in this evangelism conversation, he calmly listened and spoke to her, occasionally re-focusing the conversation.

He didn’t let it go.  Instead, He revealed himself:

This revelation changed her life.

Then, leaving her water jar, the woman went back to the town and said to the people,
“Come, see a man who told me everything I ever did. Could this be the Messiah?”
They came out of the town and made their way toward him.
– John 4:28-30

Lord, give me the eyes to see the true spiritual thirst in the people around me.  (Read this tutorial for more info)

May I see those who seek to hide from their shame in broad daylight.

Give me the opportunity today to hear the spiritual thirst in a conversation, and grant me the grace to engage the person in conversation about it.

Grant me the patience to avoid the conversational detours.

As you do, consider who the Lord is inviting you to engage in conversation.

If you are so directed, setup a coffee time or some other visiting time where the Lord will open the conversational doors.

If you want to learn more about having effective conversations about your faith, consider this DVD set: Effective Conversations

30 Days of Prayer: Day 18 – Common Spiritual Thirsts
Next Post: Video: What if a church visitor keeps coming back?