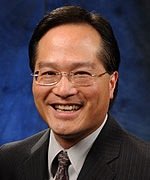 I attended Eric Hoey’s (photo to right, link goes to Eric’s Blog) workshop on Evangelism and Church growth at the Multi-Cultural Church Conference this past weekend in San Antonio.

Among other things, Eric reminded our group about different styles of evangelism connected with your personality.

The material came from Becoming a Contagious Christian, Bill Hybels and Mark Mittleberg.

If Peter was convinced he was right, there was almost no stopping him. He was direct, he was bold, and he was to the point.

Many of you know Peter’s in your face approach.

Instead of complying, he defied.

Instead of being quiet, he proclaimed.  He was very direct.

Eric told of a friend who would walk up to bikers outside a bar and say:

“Hey, How is it going?  Have you read your bible today?”

Paul was a thinker.  He wrote the awesome book of Romans.  He thought through how to present the gospel to Greeks, Jews, Romans, and others in a contextually appropriate way.

His treatment of the Altar to the Unknown God at Athens is a testimony to one who can present a rational case, and debate philiosophers in a way that they want to know more.

CS Lewis might be a modern day example of this.

I am not.  I have a hard time reading a CS Lewis book beyond the first chapter because it is at such lofty heights that he writes.  Yet I know people who came to faith because of a little book called “Mere Christianity.”

This man, born blind, could only speak from his experience.  He confidently declared: “One thing I do know. I was blind but now I see!” That’s hard to argue with, isn’t it?

Many folk can only talk about the radical change in the life that has happened since they started following Jesus.  They may not have the boldness like Peter, or the intellect to defend the rationality of faith like Paul, but what you have is a testimony of a changed life.

You may not know all that you believe, but your life has been transformed and it’s worth talking about.

Instead of inviting people to church right off the bat, Matthew invited fellow tax collectors and sinners to his home.

Do you enjoy having people into your home, sharing a meal, and spending time in conversation? Many people will never be reached until someone takes the time to build that kind of closeness with them.

He was allowing himself to get close first and spend time outside of “the church.”

When Jesus encountered this woman, and transformed her life, she ran back to town and started inviting people: Come and See.

She immediately went to her town and brought her friends to the well to hear Jesus for themselves. This simple invitation resulted in His staying in their town for two days. Many of these men and women became His followers.

Come and see, is a great invitation to give.

Gifts of Hospitality, the welcoming of strangers, acts of service to those in need are all viable forms of evangelism.  Its a tangible way of expressing the love of Jesus.

Eric wrapped up his session with a reminder about how to present the gospel simply using various gospel scripts, such as the bridge illustration, the moral ladder, do vs. done.

What style do you see yourself fitting into best?

Related posts:
The church and personal evangelism
The Sinners Prayer for the Person with a Christian Background
How do you start Witnessing to Somebody?
How teenage evangelism is changing