Salt and Light in a Very Dark Place 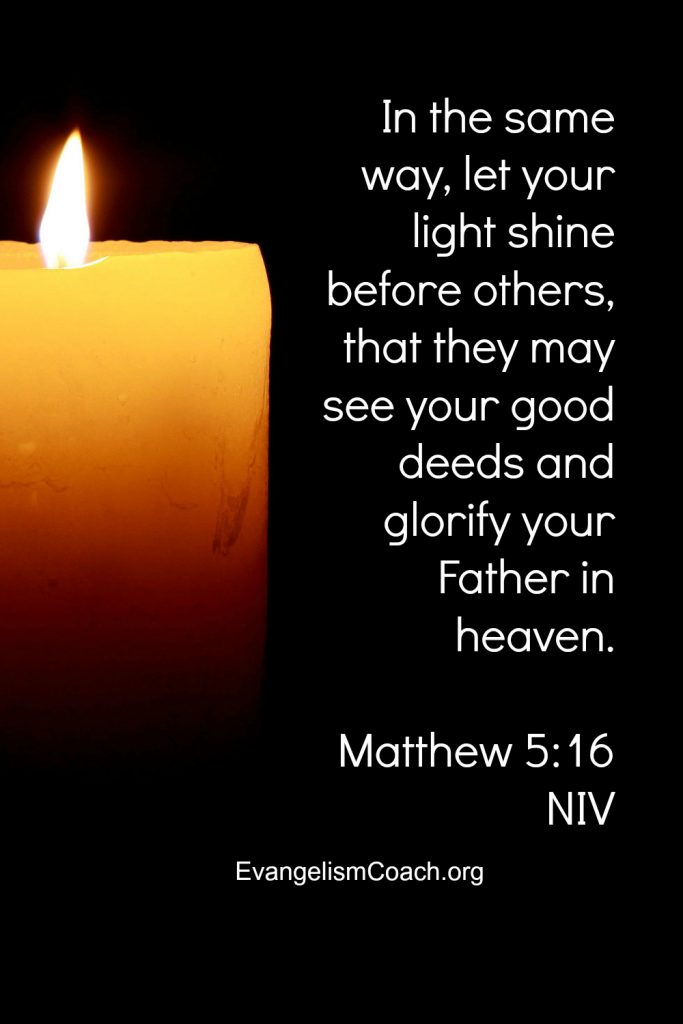 What is it like to be a Christian believer in a very difficult spiritually dark setting?

If you worked for a spiritually bankrupt employer, would you leave?

Or would you remain and be a witness?

Ahab had summoned Obadiah, who was in charge of his palace.  (Obadiah was a devout believer in the LORD.  While Jezebel was killing off the LORD’s prophets, Obadiah had taken a hundred prophets and hidden them in two caves, fifty in each, and had supplied them with food and water.)  1 Kings 18:3-4NIV

Right in the midst of this corrupt society and evil court was the man of God.

Obadiah, whose Hebrew name means The Servant (or Worshiper) of Jehovah.

He was Ahab’s chief of staff.

Obadiah was a God-fearing servant of Jehovah at the same time.  He cared for the some prophets at his own risk, much like the widow took care of Elijah.

How Obadiah was Salt and Light in the Darkest place

Obadiah was in charge of Ahab’s palace.

This man of God works for a pretty wicked master.

Most of us would cringe from such a responsibility.

Somehow this believer was well grounded in his faith in the midst of such worldly surroundings.

He’s in charge of the palace, yet appears to remain pure from the worship of his master’s idols.

2. Obadiah was a devout believer in the LORD

Literally, it reads he feared the Lord greatly.

Obadiah adds more in v.12 “Yet I your servant have worshipped the LORD since my youth.”

3. Obadiah was a protector of the prophets

I don’t know how he managed to do this.   We can speculate that he did this at the risk of his own life, when his boss’s wife is out killing others.

Other examples of salt and light:

Joseph the son of Jacob was sold into slavery by his jealous brothers.  He ended up in Egypt as a servant in the household of the captain of Pharaoh’s bodyguard.

There, he was falsely accused of making a move on the captain’s wife.

He was jailed but became an administrator and interpreter of dreams. This gift moved him into the house of Pharaoh, who in time said to Joseph,

‘You shall be over my house, and according to your command all my people shall do homage; only in the throne I will be greater than you’….And he set him over all the land of Egypt.” (Genesis 41:41-43.)

Pharaoh’s daughter found Moses in a basket in the weeds of the Nile river.  She raised him and had him educated in all the learning of the Egyptians. “…He was a man of power in words and deeds….” (Acts 7:22.)

However, “By faith Moses, when he had grown up, refused to be called the son of Pharaoh’s daughter; choosing rather to endure ill-treatment with the people of God, than to enjoy the passing pleasures of sin….” (Hebrews 11:24-25).

Esther was a humble Jewish girl who by the power and protection of the living God of Israel was raised up to become the queen of Persia, and within that evil society she was able to save the Jewish community from death and destruction at the hand of their enemies.

Daniel as a young man was taken as a Jewish slave into the Babylonian captivity, only to be raised by God as a prophet and an interpreter of dreams for the king.

He was placed by God in positions of power and influence in both the Babylonian and the Persian Empires.

He lived long enough to see his people return to Israel after the seventy years of Babylonian captivity.

Can you share your faith in spiritually dark places?

These are examples of men and women of faith who lived in spiritually dark places, yet maintained their witness, and their calling.

Perhaps Obadiah wanted to be salt and light in the world.

Related posts:
Healing Give Evangelism Opportunities
How to Use the Bridge Illustration
Three ways to repel / Three ways to attact
How to be ready to share the gospel
A Fearless Evangelism Class
Originally Posted: November 3, 2011 Category: Personal EvangelismTag: devotion, devotional
Previous Post: «

7 Axioms of Personal Evangelism
Next Post: 5 Ways to Bless Your Missionaries for Christmas