In our series of conversion stories, we’ve seen

For today’s story, we have a clear example of the gospel message rooted in the story of Israel’s history via open air preaching. 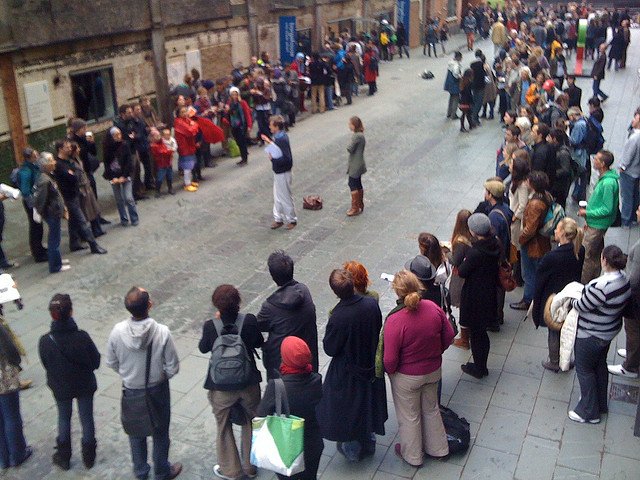 Various models of personal evangelism have been developed over many years.

Paul and Barnabas have been invited to come and bring a message of encouragement to the synagogue in the town of Pisidian Antioch. (Acts 13:13ff).

From verse 13:16-37, Paul recounts salvation history, “The Story” of God’s activity in the life of Israel.

Jesus is spoken of as having fulfilled the promises of God. Paul ties the story of redemption into the known story of Israel’s history.

The fruit of the sermon was that some people wanted to hear more – spiritual thirst. (v. 42).

For some, it was enough, “many . . . followed Paul and Barnabbas, who talked with them and urged them to continue in the grace of God” (v43).

Paul and Barnabbas were invited back to share some more on the following Sabbath. During the week in between word spread and the crowds were huge the following weekend, as “almost the whole city gathered to hear the word of the Lord.”

Many Gentiles believed (v.48), and Paul and Barnabbas were run out of town by persecution.

Evangelism to the masses

Evangelism can happen at a large crowd event through the proclamation of the works of God.

There were clearly follow up conversations, where people can reason, interact, and respond to the invitation.

Proclamation can happen on an individual level (like Simon, or Cornelius), or in a larger group setting.

Paul used the facets of the gospel message that fit within the worldview of the covenant people of God, as that was his primary audience.

They were familiar with the works of God, the language of the covenant, and respected biblical authority.  The history of Israel was the bridge to proclaiming Jesus, and that righteousness that couldn’t be found in the Law is now found in Jesus Christ.

He connects “their story” to “the story” and shows how Jesus fulfills God’s promises and what Jesus has accomplished.  He uses Old Testament references because his audience respected biblical authority, and were familiar with its words, language, and significance.

Paul spoke clearly about justification – terms that were very familiar to his Jewish audience.  They respected biblical authority and knew the words well.

One of the challenges we face today is Biblical illiteracy. I see it in many of my conversations.

Another challenge we face in our culture is the lack of agreement with Biblical authority – just because the Bible says so, so what?

But there are people who are both Biblically literate and believe in Biblical authority. There is a respect for the Word, and a respect for Christian tradition. We cannot forget that gospel is for them as well.

They may have grown up in a community of faith, but left it as a teen, never forgetting the longing to know God. They may begin to recall some of what they learned in youth group, or Sunday school classes, or a well timed sermon from their earlier days, and now, there is something drawing them back to the faith of their youth.

Others may have been in church all their life, but never “got it.” There is a sense that something is missing, searching for a dynamic vital relationship with Jesus.

The gospel is so multi-faceted that we can frame our explanation of it based on where our audience is. It might be an audience of one (like Cornelius), or a group (like here). They might have a churched background, or maybe none at all.

Philip started from the point were the Ethiopian eunuch was reading, and Paul started with the story of Israel.

When was the last time you had a chance to present the gospel, or sow a seed?

Did you start from where your audience was, or did you make them come to your starting point?

For more in our series:

Image Source: Preaching to the Queue

Related posts:
So Precious that I have to tell
Characteristics of Postmodernism
Systematic Theology and Postmodernism
What is Spiritual Thirst?
Did John Calvin have a heart for evangelism?
Originally Posted: May 23, 2007 Category: TheologyTag: gospel, Personal Evangelism, sovereignty of God, spiritual thirstSeries: Conversions in the Book of Acts
Previous Post: «

Video: Jesus VS Christians – Man on the Street Interviews
Next Post: Dot on a Watch