Summary: Should we invite non believers to church? 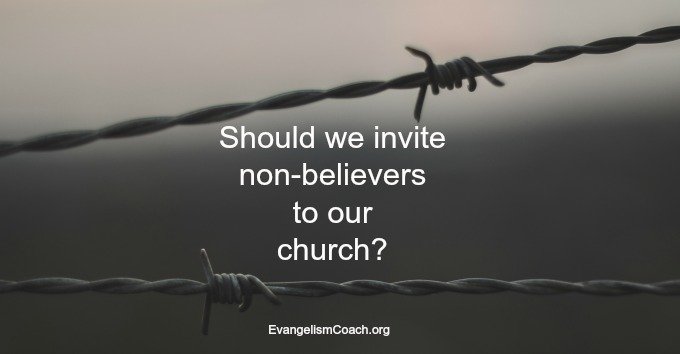 As I finished out my chapter through chapter re-read of the book of Acts, I see believers and non-believers in various settings:

The biblical DESCRIPTION of what happened in the NT church involved these elements.  It gets mighty confusing to look at the book of Acts and to say

What is obvious is that people were being regularly and daily saved.  This no basis to say that these conversions were occurring within or outside of the gatherings.

Acts merely describes what was happening.

It does not define a how the church will function following this particular era.

The church as a gathering PLACE is in development.

The earliest glimpses in Acts shows groups of people meeting in synagogues, public squares, and in houses.  Today’s PLACES of gathering is very different than the gatherings in the book of Acts.  Most of us meet in a dedicated space or building set apart for church meetings.

The church as a gathered PEOPLE is still a theological concept in development.

It is later spelled out in Paul’s letters.

The church gathered for the PURPOSE of a particular expression of worship is not the same.

It does not look like the weekly gathering of God’s people for worship as we know it in nearly any form today.

To ask the book of Acts for evidence about inviting non-believers to a church is ultimately a practice that will fail.

As the remaining passages deal with the missionary expansion of the early Christians there were no “churches” in these towns for the gathering of the saints  They were being created as the apostles went forth, so looking at these passages for evidence of church practices may be pointless.

Objections I have encountered:

As I’ve discussed this with people, I’ve encountered a few uses of Scripture and examples that attempt to prove the point that we should not invite unbelievers to church.

I want to touch a few of those points below.

Do not be yoked together with unbelievers. For what do righteousness and wickedness have in common? Or what fellowship can light have with darkness?

I’m not convinced that applies to inviting a unsaved person to church hear the gospel message.   Inviting a unsaved friend to church is not spiritually uniting with them.  It is not asking them into membership.  It is not offering them a leadership position.  Instead it is inviting them to come and hear the word of God proclaimed, where they can evaluate the message for themselves.

The underlying imagery from the OT is two different animals walking together.

I see this passage applying to marriage, business partnerships, church leadership and other places where two would walk together in close unity.  I’m not sure Paul talks specifically about church gatherings, but a lifestyle.

They are the leaders of the church.  Members who have joined a church should of course profess faith in Jesus Christ as Savior and Lord.  We do not have atheists as church members, unsaved as elders, etc.

Tongues, then, are a sign, not for believers but for unbelievers; prophecy, however, is not for unbelievers but for believers. So if the whole church comes together and everyone speaks in tongues, and inquirers or unbelievers come in, will they not say that you are out of your mind?  But if an unbeliever or an inquirer comes in while everyone is prophesying, they are convicted of sin and are brought under judgment by all, as the secrets of their hearts are laid bare. So they will fall down and worship God, exclaiming, “God is really among you!”

Paul challenges the Corinthian church to be sensitive to visitors.  At this point in the development of the church meetings as a gathering of people, unbelievers are in their midst.

This passage ASSUMES their presence, but doesn’t indicate the manner in which the non-believer arrived.  The verb is simply “COMES IN” but gives no indication of the manner: by invitation, by curiosity, by advertising, nothing.

I’ve seen this passage used to share that the presence of such visitor was RARE.  That assumes facts not in evidence.  The one clear mention of a non believer being present doesn’t mean it was rare.  It is an unprovable assertion.  Paul’s point is addressing the misuse of tongues, not church invitations.   Likewise, I cannot prove from the texts that it was a COMMON practice.  I’d have to assume facts not in evidence.

One cannot say the practice was RARE or COMMON without assuming facts.  What we can say is that Paul does not prohibit the presence of non-believers in the midst of the assembly, nor does Paul specifically command that we give invitations.

The point of this passage is that the Corinthian church should be sensitive to the non-believing visitors in their midst.  I believe this should be part of every church’s DNA, whether you speak in tongues or not.  You want your unsaved visitors to declare that God is in your midst.

The assertion that I’ve seen is that Jesus did not have a non-believer in his group of 12, then we shouldn’t have them as well in our churches.

However, the particular question we are discussing – can we invite the unsaved to our church services – does not seem to be answered by Jesus as an example.  This is a straw man, I think, for this discussion.

There was no church to invite people to.   He lived in a different time than an organized church.

Of course he didn’t yoke himself with a non-believing sinner who advocated for things not of the Lord.  But he did hangout with people who needed him.  He clearly hung out with people, welcomed people who sought him out etc.

I don’t see him rejecting people who don’t yet believe based on a meeting place or specific type of gathering. 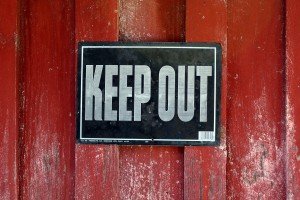 Let me ask you this:

For what reasons SHOULD we invite our non-Christian friends to church?  Answer in the comment field. . .

Related posts:
Testimonial: Effective Church Hospitality Training
Church Websites Help Visitors find your Church
When to invite someone to church and not get rejected
How Pastors Lead Congregational Evangelism #3
I want you to come to my church
Originally Posted: August 16, 2013 Category: Grow Your Church, Personal invitationsTag: invitations, invite a friend
Previous Post: