Last Updated: May 5, 2018 by EvangelismCoach

A mother asked me about using tracts for evangelism.

Tracts may not always be useful in every context, but using tracts for evangelism can be a helpful conversation starter, a great seed planter, and the Holy Spirit can use it much later than the day the person received it.

So at youth group tonight, the teacher gave out tracts for the kids, challenging them to give them out this week.

I have a huge problem with this kind of evangelism, especially among our friends who are so openly hostile to the idea of God, let alone the idea that they need to do something to get right with Him.

I think if my daughter gave these tracts to any of our non-believer friends, their moms would hit the roof.

However, I don’t want to squelch her enthusiasm. I’m really praying about how to respond to this.

Do I let her do whatever, and trust God’s sovereignty?

Do I talk her through my philosophy on lifestyle evangelism and encourage her to hand the tracts to total strangers?

Do I encourage her to learn what’s in the tracts so she can be equipped to start or enter into conversations about salvation? 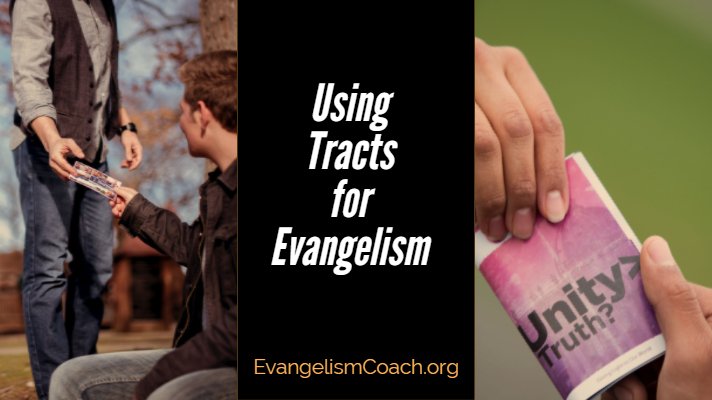 I have used evangelism tracts and seen them produce fruit.

I have used gospel tracts and seen them turn into litter.

I have used gospel centered tracts and seen relationships messed up.

I have used evangelism tracts and seen people move towards faith in Christ. 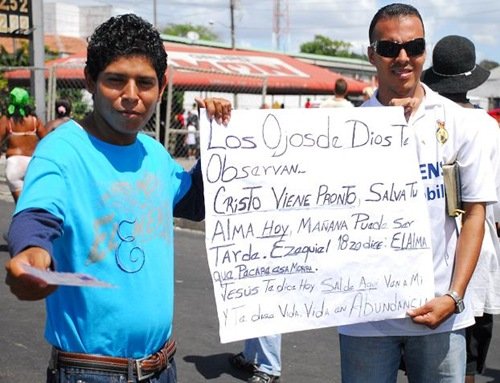 A young man in my life came to faith because of someone using tracts for evangelism.

He had overdosed on illegal drugs and fell into a coma.

When he was found, he was hospitalized.  When he awoke, he was arrested for possession and distribution, and then thrown in jail for the second time.

While in prison, he faced the shortcomings in his character and felt the tug of the Holy Spirit to seek after God.  He took a risk and prayed:

“Lord, if you are real and you love me, on the day I get out, have a person on the street give me one of those tracts that tell me how to follow you and that person only needs to say “Jesus loves you.”  I hate tracts and the people who use them because they always condemn me.  I don’t need a sermon, Lord, but I need to know you are real.”

On the day of his release, he was walking home after the bus ride when a stranger on the street gave him a tract, said “Jesus loves you,” and continued on their way.  No sermon.  The stranger was using tracts for evangelism.

This young man surrendered his life to Christ after reading the how to section of the evangelistic tract.

Fitting into the back story

In that man’s story, the witness passing out the tracts likely still has no idea of the fruit that simple action bore.

A ‘chance’ encounter changed a life.  The stranger did not know the back story of God’s advance work in this man’s life.

In the sovereignty of God, tracts can find their way into hands at the right moment.

The character of the witness

From a human view, the impact of a tract is also connected with the character of the person using it.

When a friendship is involved, your character as a person gives or harms the credibility of the information in the tract.

I have a friend who had been given a tract by a Christian friend.  She put  it on her bookshelf instead of throwing it away.  It sat there for months.

Even when she cleaned the bookshelf, she couldn’t throw it away.  Her ongoing friendship with that Christian began to awaken her desire to seek after God.   That person’s character helped (on a natural level) to keep that tract from the garbage can.

Eventually, late one night, she decided to read it.  It was the right word, in the right moment, all in God’s sovereignty.  She surrendered her life to Christ.  Years later, she’s married to a pastor and serving with him in a small rural church.

The tone of the tract

Tracts have a certain tone to them.  Some are

The original question above takes a good approach — pray about how to use them.

Tracts are one of many tools to share the gospel, and I’m not sure they are useful certain situations.

Praying about their use allows you to hear God’s voice and find the leading of the Spirit about when and where to use them in your life.

In the case of the original question, the mother and daughter can talk about

Tracts are a evangelism tool

Using tracts for evangelism may not be the tool for you.

They may be the right tool for you.  I can use them to pass them out on a bus (which is done frequently where I live), or at a fair.  I use them when I’m in Latin America since I don’t quite have full fluency in Spanish yet.

I know some of my readers are using tracts for evangelism. Share your thoughts or reactions in the comments.  Help me answer this mom’s question. 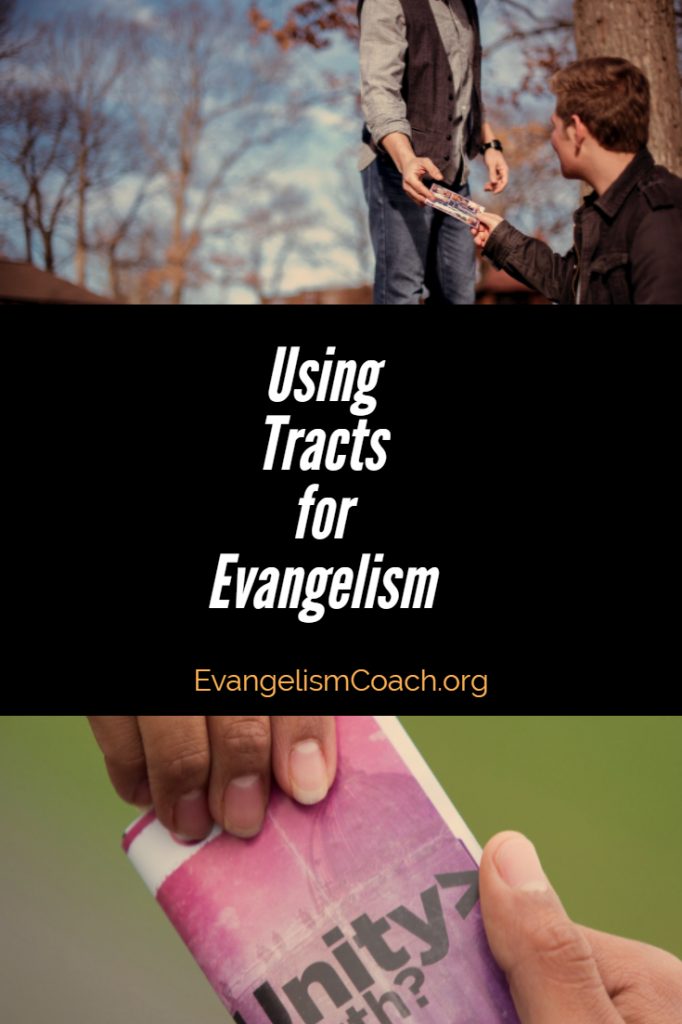